Why do we love server-side rendering again? 🤯

In order to understand the current trends, let’s have a look at the history of rendering on the web.

Why is everybody talking about server-side rendering again?

In order to understand the current trends, let’s have a look at the history of rendering on the web. 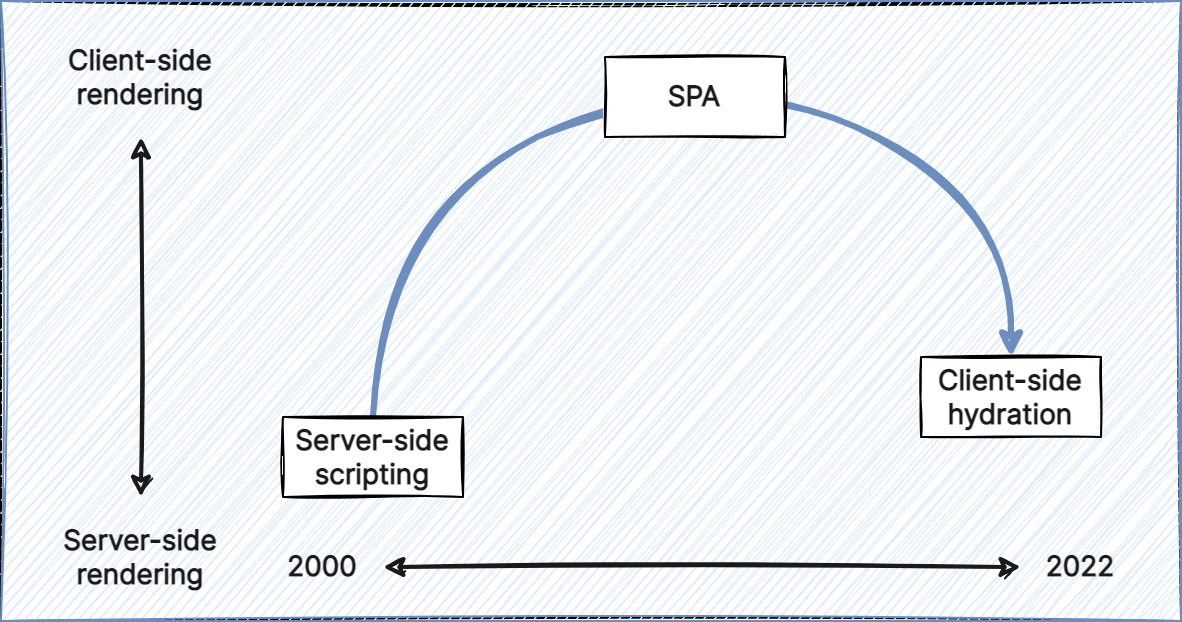 From 2000 to 2012, if you were interacting with a feature-rich web page, it was almost certainly dynamically rendered by a backend web server. The page would then be served to the client as a static HTML file. 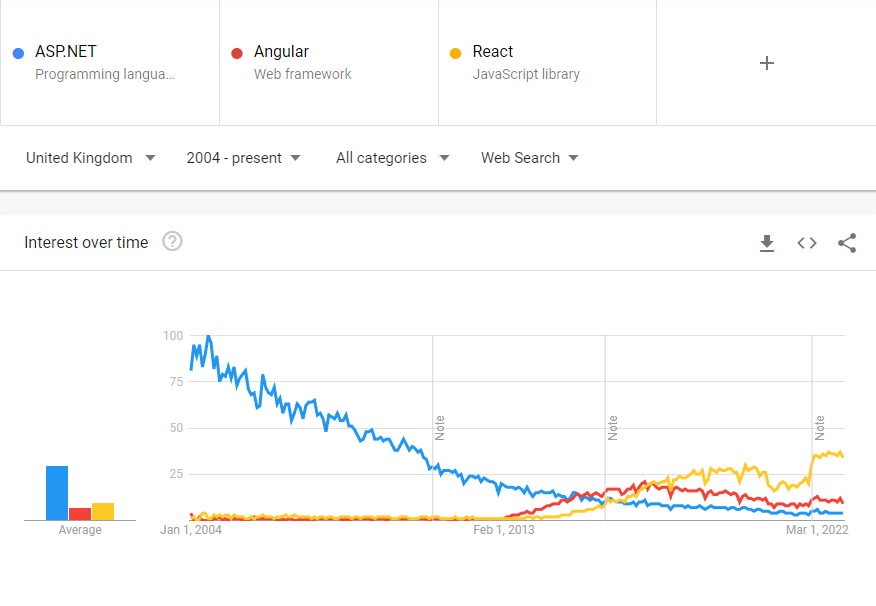 The following decade saw the prominent rise of the single-page application (SPA). 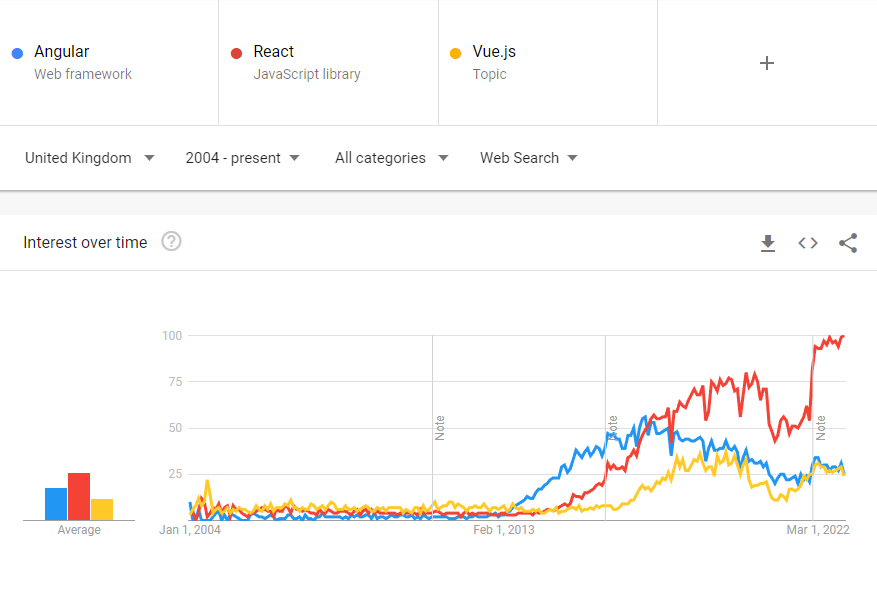 Features such as JavaScript-based routing could control and maintain state across pages, though it had the downside of long initial load times and poor SEO. Performance issues were also prevalent due to the heavy nature of SPAs, especially on lighter clients such as mobile phones.

Even with the trade-offs, the SPA was beloved and adopted by stakeholders and developers alike, and marked a historic switch to client-side rendering (CSR).

This effectively popularised the term “server-side rendering”, which had never seen mainstream usage as there was no need to differentiate it from CSR.

The return of SSR

These developments in web rendering posed a key question:

The current best practise is to serve a pre-rendered page to the client, and then add application state and interactivity through a process called hydration.

Since the page is initially rendered by the server, it benefits from a quick load time, and takes rendering load off of the client. In the hydration process, a JavaScript bundle will attach event listeners to the DOM and make it fully interactive. This bundle is comparatively small compared to an SPA, which further keeps the app light and performant. 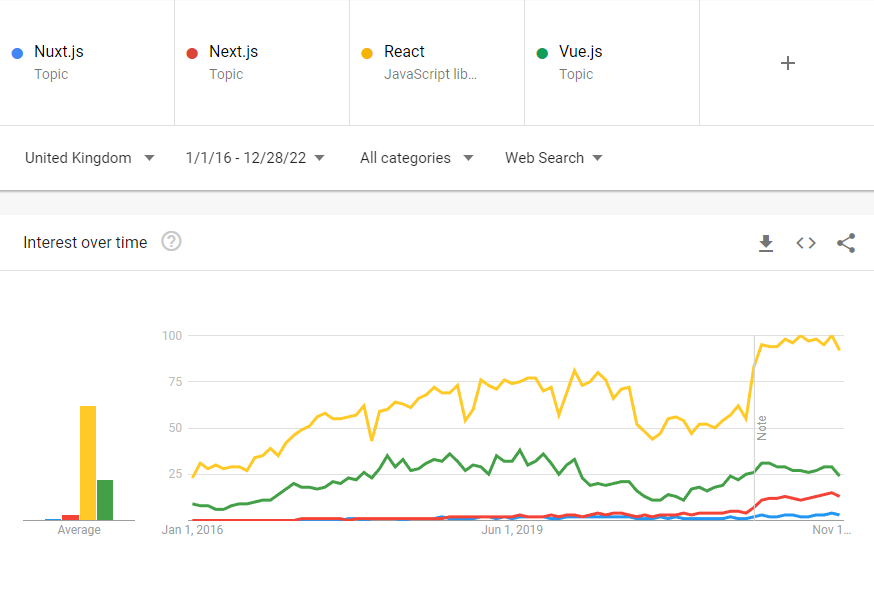 If we restrict all dynamicity to hydrated components, we can take SSR a step further and pre-render the entire application. This is known as static site generation (SSG), and often used in JAMStack applications.

Advanced SSG tools may even collect and transform data as they build the application (e.g. Markdown, CSV, JSON). This makes it useful for content that changes infrequently, such as blogs and documentation, as further API calls do not need to be made by the client.

All-in-all, this removes the need for a web server. The files can be shipped to any static hosting provider (e.g. Amazon S3, GitHub Pages) and served through a CDN to benefit from even lower latency and load times.

So, while it has not necessarily fully horseshoed back to server-side rendering, we’ve definitely taken a tremendous leap in each direction. 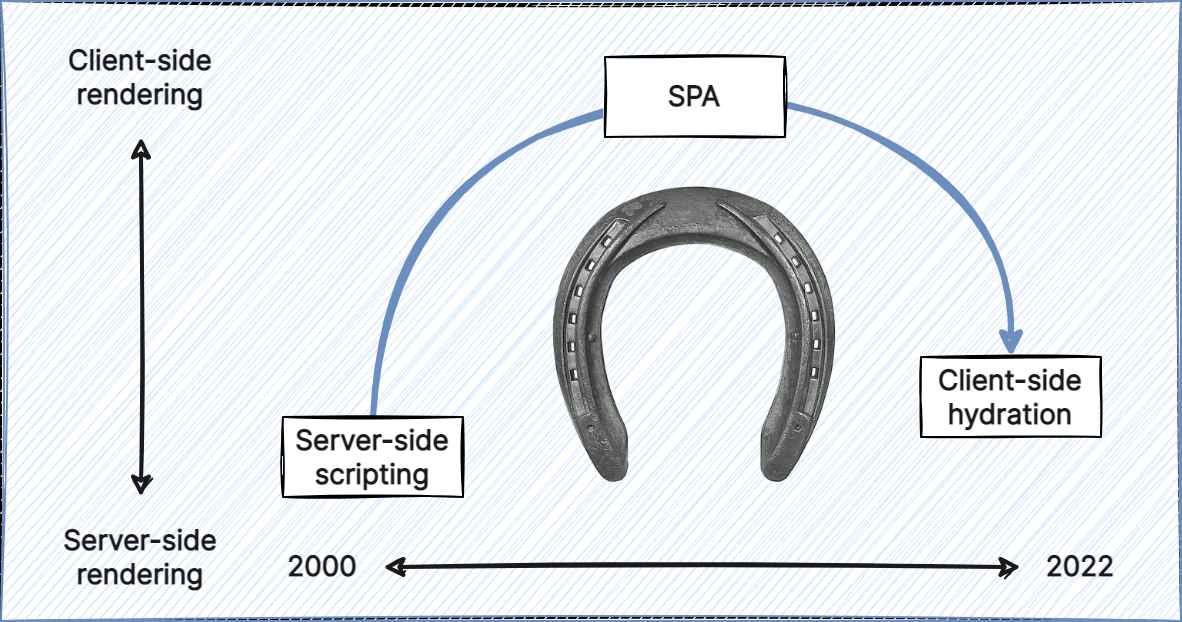 Which other technologies do you think could make a comeback? 😉

Hey, guys! Thank you for reading. I hope that you enjoyed this.

Keep up to date with me: